From Marans, France, the rare Marans chicken are notable for being "chocolate eggers", 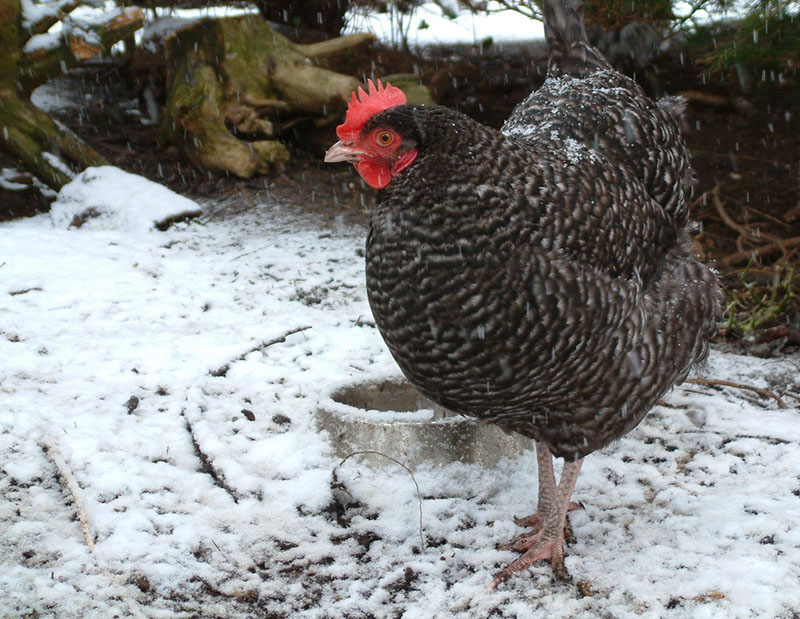 because their eggs are a deep, chocolate brown color. The Black Copper variety, and less so, the Silver Cuckoo, have the darkest coloration and are therefore the most valuable.

The Marans is a large, heavy chicken (typically 7-8 lbs) kept for their laying ability. Laying three large eggs a week, this breed comes in many varieties: the APA recognizes the White, Wheaten, and Black Copper, but there's also the Birchen, Blue, Salmon, Blue Silver Salmon, Silver Cuckoo, Golden Cuckoo, and even others that are less documented. Silver Cuckoo is the most common variety in North America.

They are single combed, have winter hardiness, deal with confinement well, and are not especially docile, although they do exhibit brooding behavior well.