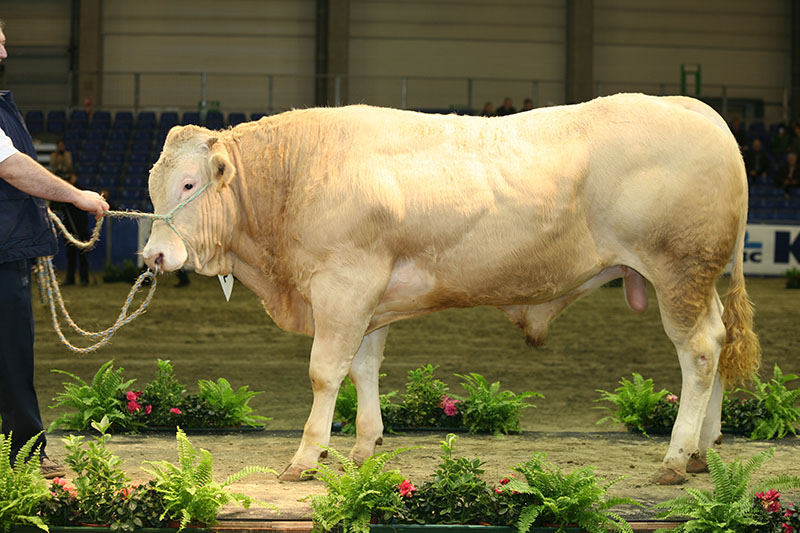 Three strains of cattle comprise the Blonde d'Aquitaine. The are the Garonnais strain, the Quercy, and the Blonde des Pyrenees. These cattle are from the southwest part of France: from the plains of Garonne, the hills of Garonne, and the Pyrenees Mountains. The Blonde d'Aquitaine trace to cattle that were in the area in the middle ages, when blonde cattle were used to pull carts carrying weapons and goods. There have been infusions of Shorthorn, Charolais and Limousin breeding but this was followed by selection back toward the original type. The cattle were valued as draft oxen and for their meat and milk. 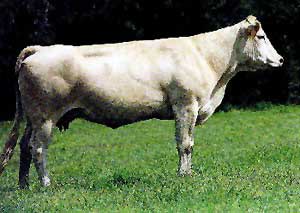 The Blonde d'Aquitaine breed exhibits a history of selective breeding pressures that have resulted in the economically valuable breed that we know today. Its muscle development, hardiness and docility are products of its early development as a draft animal. 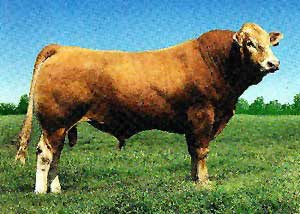 This well-muscled breed is covered with short, light colored hair. The head of the Blonde d'Aquitaine is long from poll to muzzle. The forehead and muzzle are broad, the face triangular. Horns are light in color and thick at the base, darkening at the tip.