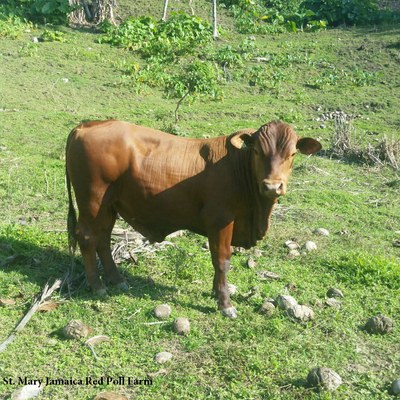 The Jamaica Red was developed from Red Poll cattle with limited amounts of zebu breeding introduced to increase the adaptation of the breed to the climate. The original Red Poll cattle were imported from England during the late 19th century and were used to improve the milk production of the native cattle. A number of the herd remained relatively pure with the possible inclusion of South Devon. It was these herds which the zebu breeding was introduced to increase their tolerance of the region. There was continuing importation of cattle from England which limited the influence of the zebu blood in the breed. Breeders also select against animals with humps or excess dewlaps or sheaths which also had the effect of restricting the amount of zebu. Selection continued for high milk production without sacrifice of the beefiness of the animal. A breed society for the Jamaica Red was formed in 1952. Some of these animals have been imported to Central and South America. The mature bulls weigh about 1000 kg (2200 pounds) and females weigh 600 kg (1300 pounds). 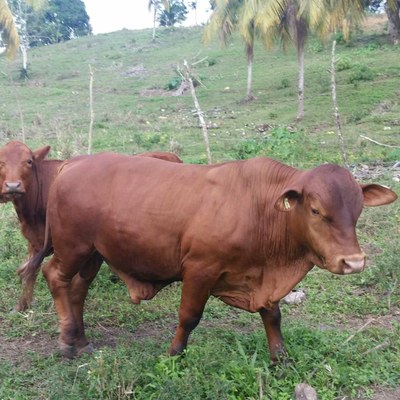