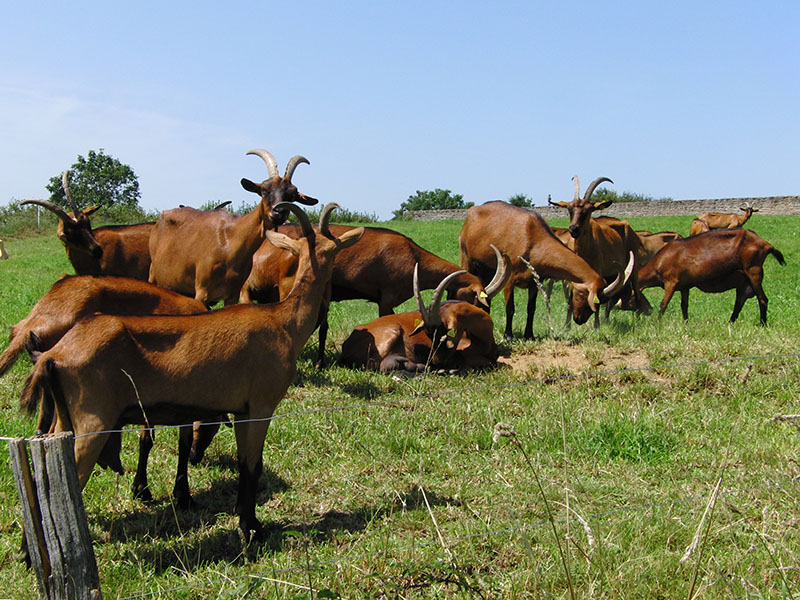 he French-Alpine is a breed of goat that originated in the Alps. The goats of Alpine breed that were brought to the United States from France where they had been selected for much greater uniformity, size, and production than was true of the goats that were taken from Switzerland to France.

Size and production rather than color pattern have been stressed in the development of the French-Alpine. No distinct color has been established, and it may range from pure white through shades of fawn, gray, brown, black, red, bluff, piebald, or various shadings or combinations of these colors. Both sexes are generally short haired, but bucks usually have a roach of long hair along the spine. The beard of males is also quite pronounced. The ears in the Alpine should be of medium size, fine textured, and preferably erect. 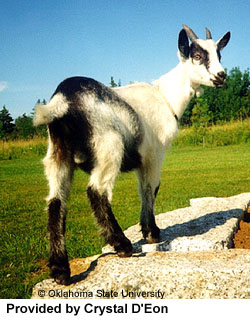 The French-alpine is also referred to as the Alpine Dairy goat and registration papers for this dairy goat use both designations and they are synonymous. These are hardy, adaptable animals that thrive in any climate while maintaining good health and excellent production. The face is straight. A roman nose, Toggenburg color and markings, or all-white is discriminated against. Alpine colors are described by using the following terms: