The Angora goat originated in the district of Angora in Asia Minor. The Angora dates 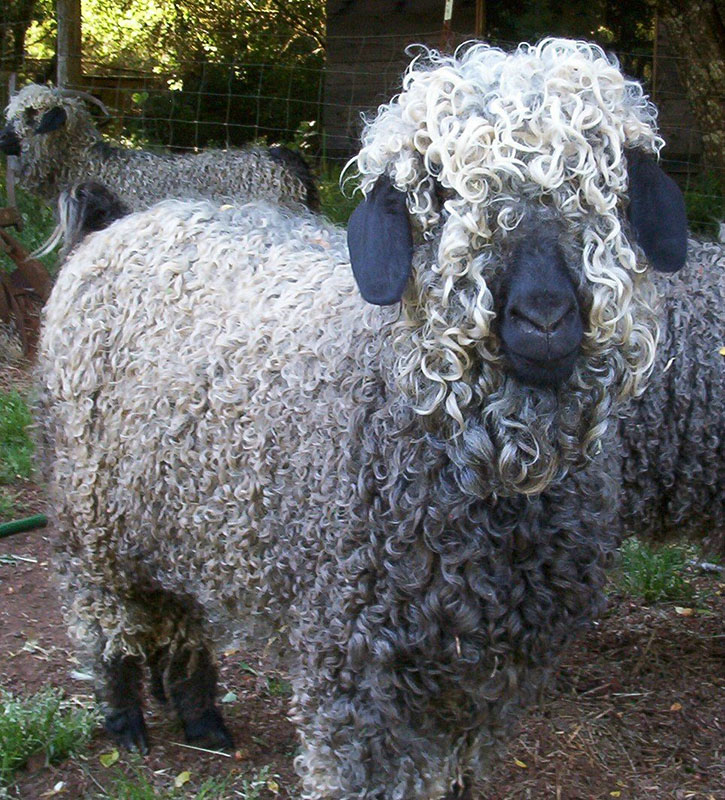 back prior to early biblical history. Mention is made of the use of mohair at the time of Moses, which would fix the record of the Angora some time between 1571 and 1451 B.C., according to the Angora Goat Mohair Industry publication from USDA (Miscellaneous Bulletin 50, 1929). Mohair became a valuable product in commerce early in the nineteenth century. In order to increase the supply of mohair available for export to the European countries, the Turks crossed the Angora goat with common stock to increase the poundage of salable hair. Probably there was no effort to keep the original Angora separate, and the general increase in size and vigor of the goats in the Angora area was, no doubt, partially the result of this infusion of other blood.

Angora stock was distributed to different countries, and a pair of Angoras was imported to Europe by Charles V about 1554. In 1765 an importation was made by the Spanish government and twenty years later a considerable number were imported into France. None of these importations were successful in establishing mohair production. On the other hand, Angoras were taken to South Africa in 1838, and from this importation and later importations mohair production was established in that country. The Union of South Africa is one of the three leading mohair-producing sections in the world and is exceeded in production only by the United States and Turkey.

The most valuable characteristic of the Angora as compared to other goats is the value of the mohair that is clipped. The average goat in the U.S. shears approximately 5.3 pounds of mohair per shearing and are usually sheared twice a year. They produce a fiber with a staple length of between 12 and 15cm. 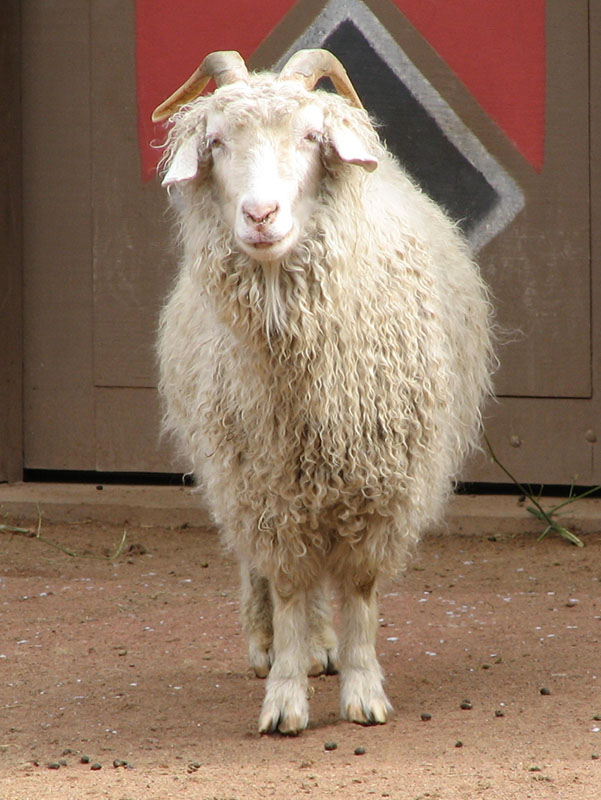 The mohair is very similar to wool in chemical composition but differs from wool in that it is has a much smoother surface and very thin, smooth scale. Consequently, mohair lacks the felting properties of wool. Mohair is very similar to coarse wool in the size of fiber. It is a strong fiber that is elastic, has considerable luster, and takes dye very well. Mohair has been considered very valuable as an upholstering material for the making of plushes and other covering materials where strength, beauty, and durability are desired.

The market valuation of mohair fluctuates more than does that of wool, but, in general, satisfactory prices are obtained for the clip. During depressed times, the market has favored fine hair and because fine hair is normally shorn from young goats, selection for fertility has also become increasingly important.

The Angora is very picturesque animal in which both sexes are horned. The bucks usually have a pronounced spiral to the horn, which comes back and away from the head; the horns of mature bucks sometimes reach two or more feet in length. In contrast, the horn of the female is comparatively short, much smaller, and has only a very slight tendency to spiral. The horn of the female seldom exceeds nine or ten inches. The ears are heavy and drooping. 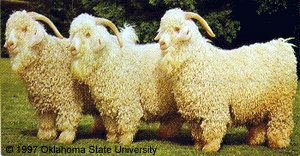 The form of the goat should be similar to that of sheep, but the mutton characteristics are much less developed. The back should be straight, the rib well sprung, and the body deep and uniform in depth. The chest should be wide, the legs straight, and the rear quarters should show ample development.

Modern Angoras are often classified according to the type of ringlet or lock hair in which the hair grows. Ringlet type goats are often referred to as the C Type, while B Type is used to designate those with a flat mohair lock. In the case of the ringlet type goat, the mohair is carried in tight ringlets throughout almost its entire length and represents the finest mohair produced. The flat lock, in contrast, is usually wavy and more bulky in appearance.

The Angora has a grazing habit which has made it very adaptable to certain agriculture sections. Goats are great consumers of "browse" and have a tendency to eat as high as they can reach by standing on their hind legs. This adapts goats for grazing areas on which sheep would not do well. Angoras have been able to make economic returns on land that is unsuitable for usual agriculture pursuits.

Shortcomings of the Angora 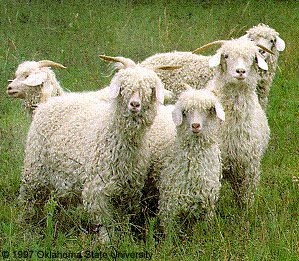 The Angora goat is not as prolific as other goats and twins are not the usual birth. Goats in large range bands will usually kid from 60 to 70 percent, but in well-managed small bands of purebred goats the rate of reproduction may be slightly over 100 percent.

The Angora is among the most delicate of our domesticated animals. They are more susceptible to damage from internal parasites than are sheep. They are extremely delicate at birth, and the young need some protection during their first few days if the weather is cold or damp. Although the mature goat is fairly hardy animal when in full hair, it cannot withstand cold wet rains immediately after shearing. Storms cause excessive losses in Angora flocks at kidding time or at shearing time.

For many years, goat carcasses have been sold as low-grade sheep carcasses. Angora goat breeders, however, have sponsored an endeavor to have the Angora goat carcass referred to as "chevon' and sold as such on the market. It is maintained that the flesh is quite acceptable, particularly from young goats in good condition, and some people refer to it as a delicacy. The carcasses are characteristically thinner fleshed and the dressing percentages correspondingly lower than those of sheep that have been fed in a similar manner.