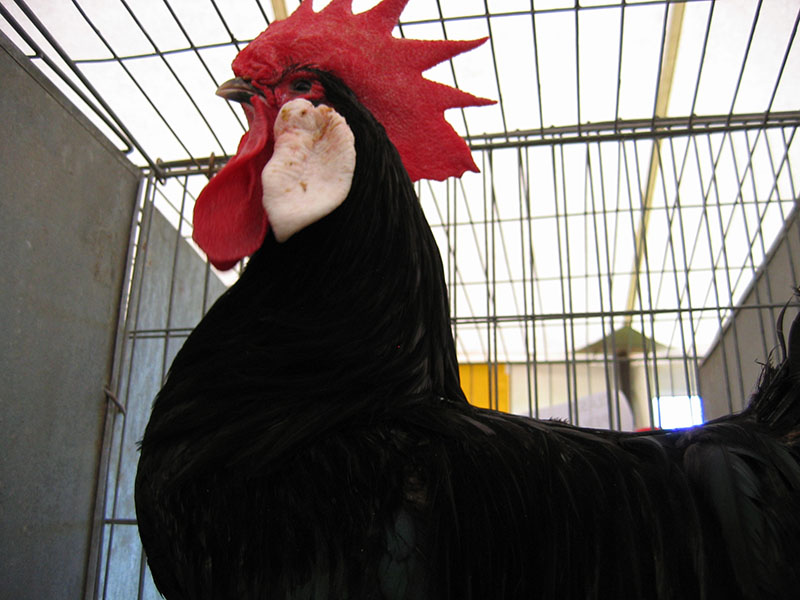 The Minorca was developed in the Mediterranean area where they take their name from an island off the coast of Spain, Island of Minorca. There are two histories that explain where this bird came from: Africa in the time of the Moors or Italy in the time of the Roman Empire. They are thought to have ancestors in the Castilian that were found around the area of Castile in Spain. The Minorca have been in England since at least the mid-1830’s and from there they traveled to the United States. The Minorca was recognized by the APA in several varieties and all at different times. The first, Single Comb Black and Single Comb White, was in 1888. 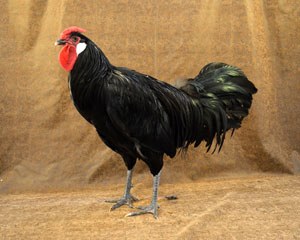 The Minorca is considered the largest of the Mediterranean breeds. The Minorca are long, angular birds that appear larger than they are. They have long tails, large wide feathers closely held to narrow bodies. Minorcas have relatively large combs and wattles which, in cold weather, are prone to frostbite. Good Minorcas are stately, impressive birds and can give a fair return in eggs, although in recent years they have not been intensively selected for that purpose. They are rather poor meat fowl because of their narrow angular bodies and slow growth. Minorcas rarely go broody, are very alert and fairly good foragers. They are not particularly fussy when confined and do well in all types of terrain.

The Minorca are primarily used as egg producers.

Lewis, Celia. "Breed Profiles: Minorca." The Illustrated Guide to Chickens: How to Choose Them, How to Keep Them. New York: Skyhorse Pub., 2011. 118. Print.