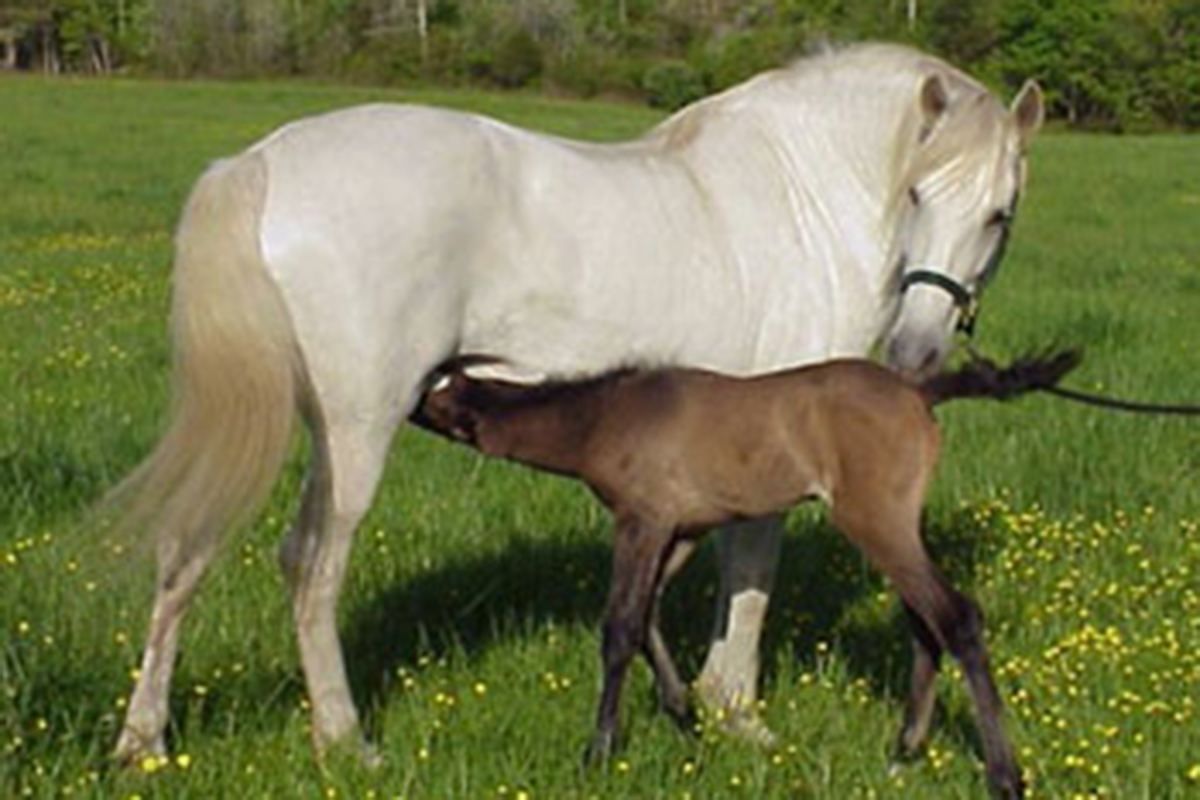 The Andalusian horse has been highly regarded since the Middle Ages. The Andalusian, has officially been known as the Purebred Spanish Horse, reigned for several centuries throughout the known world as the embodiment of perfection in horseflesh. The Andalusian is represented by the names Iberian Saddle Horse, Iberian War Horse, Jennet, Ginete, Lusitano, Alter Real, Carthusian, Spanish Horse, Portuguese, Peninsular, Castilian, Extremeno, Villanos, Zapata, and Zamaranos.

Spanish horses have been esteemed for their quality and appearance since Roman times. The Moors invaded Spain in the Seventh Century and brought Barb horses with them. These oriental horses were crossed with quality native Spanish stock, and the result was the Andalusian. In the Middle Ages, the Andalusian was the favored mount for European nobles. The Andalusian was a major influence on the Lipizzaner breed in the 1500's. More recently, it was used as a cavalry mount. Its numbers at one time diminished, but today the Andalusian's physical appearance and flashy action make it one of the world's most desirable riding horses. 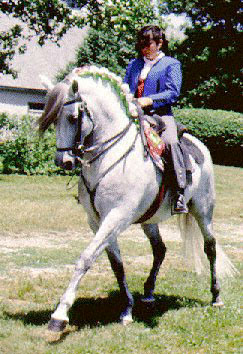 The Andalusian has a distinguished appearance, usually appearing in the colors white and light gray, and occasionally bay. It is a compact horse with excellent proportions, and usually stands at 15.2 hands. The mane and tail are abundant. It has a flat or slightly convex nose, small ears, and its head is set on a substantial neck. The chest is quite massive and the quarters are lean. The legs are clean and the action is quite energetic. The Andalusian is renowned for its ability to learn and its superb temperament.

The Andalusian originated in and gained its name from the Spanish Province of Andalusia. Its ancestors are the Iberian (Spanish) horse and the Barb horse which was brought to Spain by invading Moors. It was bred principally by Carthusian Monks in the late Middle Ages. The famed William Cavendish, Duke of Newcastle, wrote: "...the Spanish horse is the noblest animal in the world..." Cortes brought Andalusians to America for his conquests.

Andalusian horses owe a great deal to the Carthusian Monks who bred them, beginning in the late Middle Ages. In the late 1400's, studs were founded at monasteries in Terez, Seville, and Cazallo. The monks were superb horse breeders and trainers, and kept the blood of their horses quite pure. The Andalusian's purity was threatened in the 1800's when Napoleon's army invaded Spain and stole many horses. One herd of Andalusians was hidden and used to renew the breed. In 1832, an epidemic devastated Spain's horse population. Only a small herd of Andalusians at the Monastery of Cartuja survived. No Andalusians were exported until 1962.