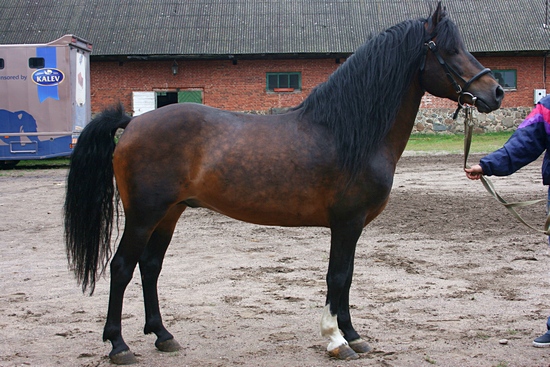 The Estonian Native is one of the few breeds which has retained the characteristic features of the native northern horse and were not significantly influenced by crossing with other breeds. It played an important role in the formation of the Obva (now extinct) and Vyatka breeds. The breed has also been used with the Hackney in the formation of the Tori breed and with Ardennes in forming the Estonian Draft.

The Estonian first penetrated Russia via Novgorod as early as the 14th and 15th centuries due to its good working qualities and high adaptability. As agriculture developed and demand for working horses grew, simultaneously with pure breeding the native horses were crossed with larger breeds. Reliable information on the improvement stages of the Estonian dates back to the origins of the Tori stud in 1856. The stud was engaged in pure breeding of native horses and crossing them with light harness and saddle breeds. The best crossbred mares were subsequently used to develop the Tori. The first pure breeding stage yielded good results; the purebred stallion Vansikasa, distinguished by extraordinary strength and pulling endurance, was produced. He won many prizes in tests at Paris, Riga and Moscow exhibitions in the native horses group. His daughters were foundation mares of the Tori.

Nonetheless, as agriculture became more intensive and the road network and transportation needs developed, the Estonian Native lost the competition to the new breed and is no longer used in mainland Estonia, surviving only on the islands of Saaremaa, Hiiumaa and Muhu. The total herd number is 1,000 head. 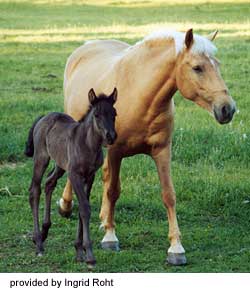 The modern Estonian is not large in size; the head is well proportioned, has a wide forehead and is sometimes somewhat coarse; the neck is on the short side or medium in length and fleshy; the withers are low and wide; the loin is well muscled; the croup is average in length and has a normal slope. The chest is very wide and deep; the legs are short, properly set and distinguished by firmness and cleanness. The hoofs are extremely solid. The animal is undemanding; it has extraordinary endurance and quite good action. The fodder utilization is good. It has a willing disposition.

Inbreeding has become widespread due to the limited size of the breeding stock. The average inbreeding coefficient is 3.12%. Practically no inbreeding depression as regards work performance, measurements or conformation has been found, but closely inbred individuals take more time to mature. The breed's champion stallion at the USSR Exhibition of Economic Achievements in 1984, Askar, had an inbreeding coefficient of 18%.

The Estonian is long lived; the mare Tenki, born in 1946, was still alive in 1983 at Sõrve state farm in Kingisepp region.

At present, the local Estonian is used for light agricultural work, as a saddle horse for children and in tourism. It represents good breeding material for the production of ponies in various crosses. It is also being used to cross with the disappearing Ob (Priobskaya) breed.