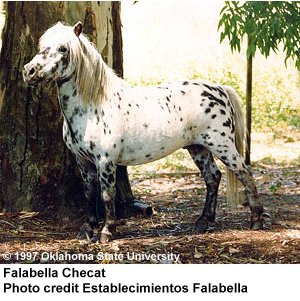 The origin of the Falabella horse can be linked to the origins of a horse in Latin America called the Andalusian horse that the Spaniards brought with them to accomplish the enormous task of the conquest--chosen for their rusticity and resistance. They were later left to survive on their own due to unsuccessful attempts to conquer the area's human inhabitants. The name comes from the family who developed the breed in the middle of the nineteenth century.

Wandering without destination over the vast plains ("pampas"), the surviving horses underwent a series of biological processes and structural changes in order to adapt to the new conditions that were incredibly different from those of their native land.

The horses were forced to move great distances to find water and pasture due to the strong sun, cold southwestern winds ("El Pampero"), fierce storms and aridity of the land. This gave them incomparable resistance. Their keen instincts and ability to sense danger were sharpened by the persecution from humans  and four legged predators. 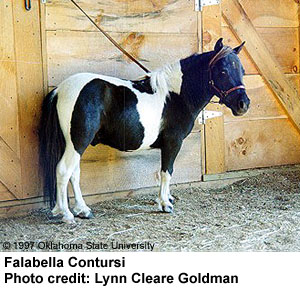 These factors, in addition to continuous inbreeding and isolation, probably caused genetic mutations in successive generations, resulting in the kind of horse that the ancestors of the Falabella family are said to have seen for the first time before the mid-nineteenth century in the herds of Mapuche Indians of southern Buenos Aires province in Argentina.

The Falabella family achieved a herd of well-structured horses after many years of experimenting and selective breeding. The family was able to maintain the same proportions in their features as those of the horses Falabella had first acquired. This breed is also extremely long-lived, often reaching 40-45 years old.

The Falabella is a horse that possesses all the features and attributes of its taller relatives. The fixed nature of the genetic characteristics of the Falabella allows for their natural reproduction. Offspring are bred with the same temperament.

Though a gregarious and rustic animal in the field, the Falabella is a gentle and docile animal. The animal takes to petting, hosing off, walking with a halter and other routines in a surprisingly short term. 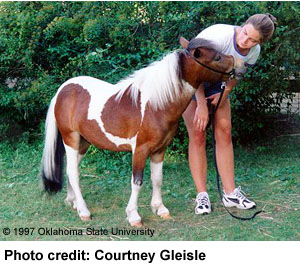 The Falabella has fine, silky hair and skin that is thin and supple. The hooves are narrow with an oval shape. The manes are short and straight while others are long and falling on both sides of the neck. The gait is spontaneous and very energetic. The most common colors for the horse are black or brown but may vary from pinto, bay and chestnut.