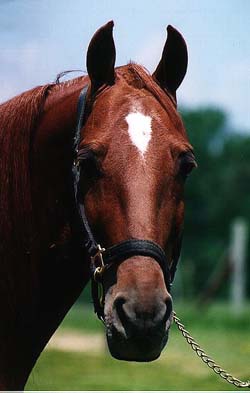 What's the most versatile breed of horse from the show ring to the work fields?

Legendary for its beauty, stamina, and calm disposition, the popularity of this noble animal grew strong on the great southern plantations before the Civil War. It was learned that the horse could be ridden comfortably for hours because of his smooth, natural gait.

The phenomenal growth of this breed can be directly attributed to its intelligence and versatility. Beginning riders cherish the smooth, easy gait and the calm temperament of the Racking Horse. Veteran horsemen admire his beauty and ability to perform anywhere from the work field to the show ring.

There was a horse being shown in great numbers, a horse of a distinct type and characteristics, for which there was no specific judge, no show ring category, no organization and ultimately no incentive for expansion and growth. The Racking Horse became a dream and a new and most significant chapter in equine history of this country was begun.

Knowing that this single foot horse called the racking horse had its origins rooted deeply in Walking Horse bloodlines, it was then realized the possibility of promoting this animal with no action device, no set tail and without the canter while spot lighting the docile nature and easily ridden lateral gait exemplified by the rack. 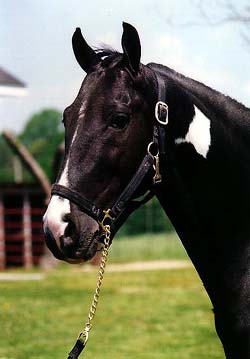 A group of Alabama businessmen headed by Joe D. Bright formed a corporation and initiated the legal maneuverings with the USDA to designate this horse as a distinct breed. A carefully studied program for this venture in the late 1960's was begun. He gathered knowledgeable horsemen long oriented in the breeding and raising of horses both for pleasure riding and show purposes to assist him in this effort. On May 23, 1971, a milestone in the equine history of America was reached. On this date the USDA recognized the Racking Horse Breeders' Association of America, thereby allowing a registry to be established to perpetuate the Racking Horse breed. Until this time the Racking Horse had been the only horse in the show rings of the nation not protected by a registry or a uniform set of rules. The primary function of the Racking Horse Breeders' Association was to "establish a registry to protect and perpetuate the breed". 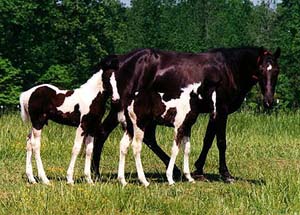 The Racking Horse opportunity was presented to horses everywhere, and for many years the growth of the Racking Horse Breeders' Association was astounding. The selection of the name "Racking" was not to tie this horse to any specific state or region. The term "rack" was then the country nomenclature for the single foot.

The main objective and the philosophy of the Racking Horse Breeders was to create an organization that was within the economic reach of the marketplace that would serve the amateur horseman, the person doing his own training at home, to being a member, a breeder, and a show ring participant.

An organization was needed for the people, to promote the people, the horses and give the people an opportunity for participating where they could feel secure and protected. The general membership should always have a voice in the association, so as not to drive them to another breed or out of the horse business altogether.

Eligibility for registration was determined upon the performance of the gaits natural to the breed, and in the beginning horses of all ages could be registered by gait performances. 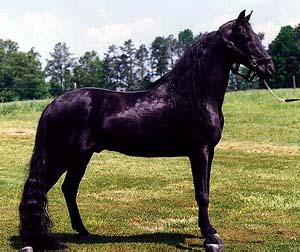 The Racking Horse Breeders' Association actually laid the foundation and the incentive for the great trend towards the pleasure horse movement in the show ring today. When we began the Racking Horse Breeders' Association this type horse was oftentimes the largest group at the smaller shows. Even without a group or organization for promotion the interest and participation was great. This was a horse for the middle income people to enjoy at home, on trails, and at shows. The majority of the horses were shown on flat shoes or with very little pad. Once we promoted the idea of a separate and named breed and established the registry it grew faster than anyone ever dreamed.