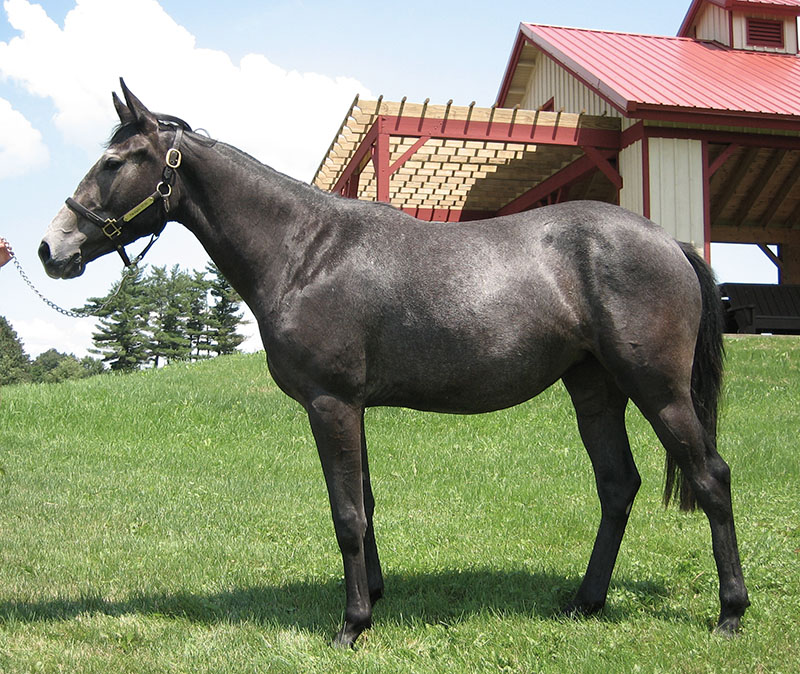 The term Thoroughbred describes a breed of horse whose ancestry traces back to three foundation sires – the Darley Arabian, the Godolphin Arabian and the Byerly Turk.

Named after their respective owners – Thomas Darley, Lord Godolphin and Captain Robert Byerly – these three stallions were brought to England from the Mediterranean Middle East around the turn of the 17th century and bred to the stronger, but less precocious, native horse.

The result was an animal which could carry weight with sustained speed over extended distances, qualities which brought a new dimension to the burgeoning, aristocratically-supported, sport of horse racing.

So began a selective breeding process which has been going on for more than 250 years, breeding the best stallions to the best mares, with the proof of superiority and excellence being established on the race track.

Key to this selective breeding process is the integrity of the breed's records.

In early days, Thoroughbred breeding records were sparse and frequently incomplete, it being the custom, among other things, not to name a horse until it had proved outstanding ability. It was left to James Weatherby, through his own research and by consolidation of a number of privately-kept pedigree records, to publish the first volume of the General Stud Book. 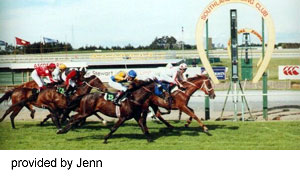 He did this in 1791, listing the pedigrees of 387 mares, each of which could be traced back to Eclipse, a direct descendent of the Darley Arabian; Matchem, a grandson of the Godolphin Arabian; and Herod, whose great-great grandsire was the Byerly Turk. The General Stud Book is still published in England by Weatherby and Sons, Secretaries to the English Jockey Club.

Several years later, as racing proliferated in the fast-expanding continent of North America, the need for a pedigree registry of American-bred Thoroughbreds, similar to the General Stud Book, became apparent. The first volume of The American Stud Book was published in 1873, by Col. Sanders D. Bruce, a Kentuckian who had spent almost a lifetime researching the pedigrees of American Thoroughbreds.

Bruce closely followed the pattern of the first General Stud Book, producing six volumes of the register until 1896, when the project was taken over by The Jockey Club.

Integrity of The American Stud Book is the foundation on which all Thoroughbred racing in North America depends.

Without assurance, beyond all reasonable doubt, of the identity of every Thoroughbred which competes, or which is bred with a view to continuing the breed, the sport of racing as it is known today, could not exist. Nor would there be any possibility of measuring results of the centuries-old quest to improve the Thoroughbred.

When The Jockey Club published its first volume of the Stud Book the foal crop was about 3,000. By 1986 it exceeded 51,000. The Jockey Club embraced new computer technology to meet the registration challenges posed by such large numbers. Today, The Jockey Club manages one of the most sophisticated computer operations in the country. 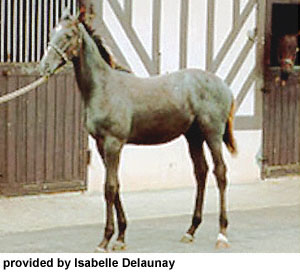 Its database holds the names of more than 1.8 million horses on a master pedigree file, names which trace back to the late 1800's.

The system also handles daily results of every Thoroughbred race in North America, as well as processing electronically-transmitted pedigree and racing data from England, Ireland, France and other leading Thoroughbred racing countries around the world.

Further giant strides in improvement of the integrity of the Stud Book came in 1977, when The Jockey Club, taking advantage of medical science advances, took the first steps of an extensive blood-typing program. Today every Thoroughbred foal registered in The American Stud Book, and its sire and dam, is blood-typed to insure parentage verification.

Guardianship of The American Stud Book is a responsibility of The Jockey Club, almost as old as the very tradition of racing in North America. But its implementation involves some of the most sophisticated developments of the modern technological era.

Although there are records of horse racing on Long Island as far back as 1665, the introduction of organized Thoroughbred racing to North America is traditionally credited to Governor Samuel Ogle of Maryland, through whose instigation racing "between pedigreed horses, in the English style" was first staged at Annapolis in 1745.

As the country developed so did Thoroughbred racing, spreading across the nation from coast to coast until today the volume of racing in America far outweighs that of any other country in the world. American bloodlines, too, have come to be respected in the four corners of the earth.

What began as a pastime and sporting amusement for the wealthy has now become a worldwide multi-million dollar industry whose economic impact is widely felt at regional and national levels. From license fees and direct taxes on pari-mutuel handle Thoroughbred racing generates nearly $500 million in government revenue each year.

But this is relatively minor in comparison to the overall urban and rural economic contribution made by the wide and varied infrastructure of the racing and breeding industry as a whole. A recent estimate, for example, put the industry's contribution to the economy of New York State alone at more than $1.8 billion each year. 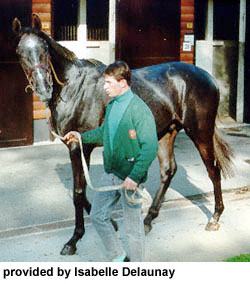 Responding to the aberration of mid-1980's astronomic yearling prices which were fueled by European and Middle East racing interests, the annual North American Thoroughbred foal crop peaked at 51,293 in 1986. The decade was to show an overall production increase of 65% on the aggregate crops of the 1970's. But adjustments were inevitable and the foal crop has decreased each year since that high point, with The Jockey Club currently projecting a 1993 registered foal crop of approximately 36,700.

There are indications, however, that this necessary adjustment has more than served its purpose and that a rationalized and more stable breeding industry can once again look forward to controlled growth.

But the key word is "average." Because, for every rule as to what the perfect Thoroughbred should look like, there is a champion whose performances disprove it.

The best guidelines for good conformation come from appreciation of what the body is required to do. Four slender legs must carry more than 1,000 pounds of body weight over extended distances, traveling at speeds of 35-40 miles per hour, yet still have the strength and suppleness to respond to changes of pace or direction as dictated by racing conditions.

But, although mechanical and engineering formula can be used to measure the most desirable dimensions and angles of the body's components, there is no way to measure the most important qualities of Thoroughbred – its courage, determination and will.

If there is one place where these attributes are reflected, it is the shape and carriage of the head and the look of the eye. The head should be correctly proportioned to the rest of the body, displaying a good flat forehead and wide-set intelligent eyes. Carried relatively low, the head should sit well on a neck which is somewhat longer and lighter than in other breeds.

The withers should be high and well-defined, leading to an evenly curved back. The shoulder should be deep, well-muscled and sloped along the same parallel as that on which the head is carried. From the point of the shoulder, the forearm should show adequate muscling which tapers towards a clean-looking knee which in turn tapers into the full width of the cannon. This in turn should be short and comparatively flat, with the tendons distinctly set out and clean.

The pastern should be neither too long nor too short and set at an angle a little less than 45 degrees to the vertical. When viewed from behind or in front, the legs should be straight and move smoothly in unison through one plane.

Power comes from the hindquarters and all-important is that the bone structure of the upper hind leg is such as to make room for long, strong muscling. These driving muscles act between the hip bone and the thigh bone which should be long and the angle it makes with the hip bone wide.

This powerful muscling of the hip and thigh should continue down through the gaskin. And, finally, the trailing edge of the hind cannon should follow a natural perpendicular line to the point of the buttock.

"After more than 20 years of painting horses all over the world," wrote Reeves, "it took a lot of reflection to pick the best head and neck, the finest shoulder, etc., and, in the end, it all only amounts to one man's opinion."

Reeves' comment aptly describes the enigma of what the perfect Thoroughbred should look like. Because, in the final analysis, no dictatorial rule can ever define that arrogant yet beautiful coordination of power and fluid action which is a Thoroughbred in motion.