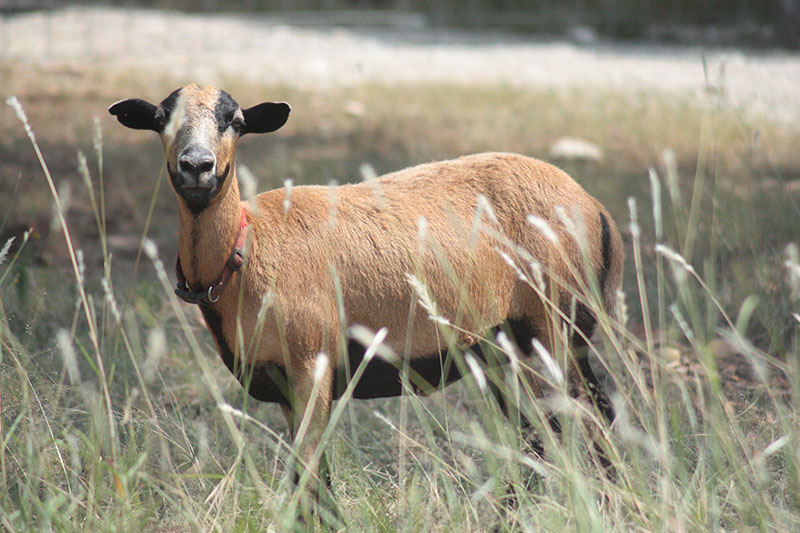 Barbados Blackbelly sheep combine the rare attributes of adaptation to widespread environments and high reproductive efficiency, which account for their average of two lambs per litter and an average interval of eight to nine months.

Several studies have been made as to the origin of the breed, which has been widely accepted as African. Although there can be little doubt that the Blackbelly has African ancestry, there is compelling historical evidence that the Barbados Blackbelly, as a breed, originated and evolved on the island of Barbados. Following the colonization of Barbados by the English in 1627, several fortuitous factors existed in combinations that may not have occurred in other European colonies in the Americas.

During the first 25 years of colonization, Barbados established commerce throughout the West Indies with the New England colonies and with European countries, including Russia. Wooled sheep may have been imported from these trading partners and other colonizing countries of Europe. Whatever the origin of their wooled ancestors the sheep of Barbados moved from their precarious beginnings to a place of importance in Barbados agriculture. By 1680, "visitors were delighted by Barbados sheep, fat, sweet mutton, fed on sugar cane." 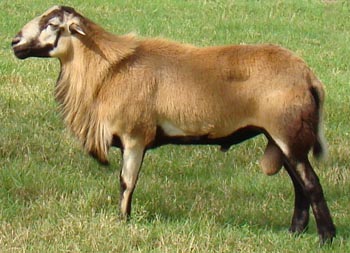 Four ewes and one ram of this breed were originally introduced into the U.S. by the USDA in 1904. No official record has been found of further introductions, but anecdotal reports indicate that additional Barbados Blackbelly sheep were imported into the U.S. subsequent to this original importation. The most notable of these is the importation from Barbados in 1970 by North Carolina State University Professor Lemuel Goode to establish a purebred research flock at the university. Currently, between 250,000 and 500,000 descendents of these sheep are found in Texas, where virtually all flocks have been crossed to varying degree with domestic sheep, mostly Rambouillet, and in recent years with the European Mouflon, a wild species. Game management officials refer to the resulting crossbreed as Moufflon-Barbados or Barbado. Through careful selective breeding for horn growth, shedding ability, and color characteristics, this crossbreed was developed into a separate breed of sheep called the American Blackbelly. 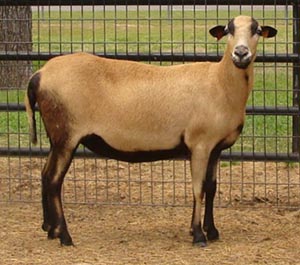 As of 2007, there are fewer than 400 Barbados Blackbelly sheep in the continental U.S. The majority of these sheep are held in research flocks owned by Virginia State University and the former North Carolina State University flock (sold in 1996 to a private breeder). In addition, a handful of private breeders recognizing the genetic crisis that was extinguishing the breed in the U.S., formed an informal cooperative to preserve the remaining genetics and reestablish the breed in the U.S.

Observation indicates that while Barbados Blackbelly withstand either heat or cold well part of this adjustment to extremes is behavioral rather than physiological. For instance, cold wind or warm sun rather quickly results in a herd finding refuge in some shelter under conditions when wooled sheep remain in the open. They are extremely reactive to strange dogs or cats, usually acting as though wishing to flee. In a close corral and in the defense of their young, less timid individuals show protective behavior, raising a front leg as though warning off the predator and occasionally bristling the hair on top of the neck and even jumping at the animal to strike with the fore feet. Ewes with very young lambs show protective behavior to a high degree. Some individual rams will charge dogs repeatedly with little or no provocation.

Mature Barbados Blackbelly ewes have a high prolificacy. Studies have shown the average lambing rate to range between 1.50-2.30 lambs per ewe lambing.

Body weights of yearling  ewes are variable due partly to the tendency to breed and lamb as ewe lambs (<12 months old), and depending whether pregnant at the time of weighing. Most weigh 80-90 pounds, with mature ewes 100 pounds, and rams 105-125 pounds.

Carcass studies of 5-7 month old male lambs sent to slaughter show that Barbados Blackbelly lambs have much less body fat than do other comparable sheep breeds.

Flavor of the meat is excellent, being much milder than in our usual market lambs. This is probably due to less fatness, since the characteristic flavor of the lamb meat is primarily in the fat.

Ram lambs gains as measured by weight per day of age 5-7 months are 0.40 to 0.45 pound per day when fed on rations of alfalfa hay and wheat with a mineral supplement. These gains are perhaps 60-70% of the normal expected gain for wooled sheep on similar rations.

Barbados Blackbelly sheep are considered to be resistant to the effects of internal parasites. In many parts of the U.S., no deworming necessary when adequate pasture rotation and good husbandry are employed. These sheep are also resistant to most of the sheep diseases that can easily dessimate unvaccinated wooled flocks. Thus, it is much easier to raise Barbados Blackbelly sheep without chemical intervention, making them popular with breeders serving organic and ethnic markets.

These hair sheep are fully fertile in crosses with other breeds. First crosses with wool breeds include those that shed only part of the wool on the body such as belly, lower neck, and sides. Later backcrosses to the Barbados Blackbelly result in animals that will shed completely or almost so.

Hair Sheep of Western Africa and the Americas: A Genetic Resource for the Tropics. (H.A. Fitzhugh and G.E. Bradford, eds.), A Winrock International Study, 1983.