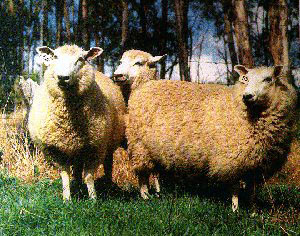 Coopworth sheep were imported to Australia in 1976, after being developed in New Zealand in the 1950s from a cross of Border Leicester and Romney.

This selection program has produced an efficient, dual-purpose sheep ideally suited to most environments in Australia. It is easy to care for and produces high milk yields for lamb production.

Coopworths are performing well in Australia from the hot country of Riverina of NSW and Western Australia, to the wet, cold country of Victoria and Tasmania.