The present-day Lincoln is said to 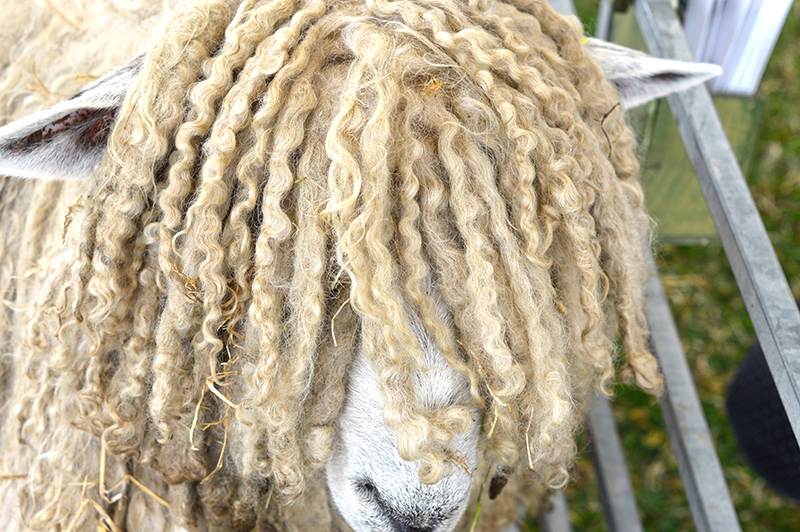 be the result of crossing the Leicester and the coarse native sheep of Lincolnshire. Not all breeders cared for the greater refinement and increased quality that Leicester blood introduced, but in the end, market demand resulted in improved carcasses and higher quality wool. The old Lincolnshire sheep was gradually modified by cross breeding and selection toward a more useful sheep than the extremely large and thin-fleshed sheep originally found in the area. Many breeders had a part in the improvement of the Lincoln sheep, but probably the most constructive breeders were members of the Dudding family of Great Grimsby in Lincolnshire, because this family bred Lincoln sheep for a period of about 175 years. The flock was not dispersed until 1913 and furnished many animals for export to other countries, particularly to Argentina.

The Lincoln is usually referred to as the world's largest breed of sheep. There is little question that the breed is entitled to this distinction because the average weights of the breed are in excess of those of other breeds, although a few individuals of other breeds may sometimes equal their weights. Mature Lincoln rams should weigh from 250 to 350 pounds (113-160 kg), and mature ewes will range in weight from 200 to 250 pounds (90-113 kg). Lincolns are rather rectangular in form, are deep bodied, and show great width. They are straight and strong in the back and cover thickly as mature sheep. They sometimes lack fullness through the leg and appear somewhat upstanding when in short fleece.

The fleece of the Lincoln is carried in heavy locks that are often twisted into a spiral near the end. Lincolns should be very well wooled to the knees and hocks, and occasionally some individuals carry wool below these points. The staple length in Lincolns is among the longest of all the breeds, ranging from eight to fifteen inches (20-38 cm) with a yield of 65 to 80 percent.  The fleece usually parts over the back on lambs and sometimes on older sheep. Lincolns produce the heaviest and coarsest fleeces of the long-wooled sheep with ewe fleeces weighing from 12 to 20 pounds (5.4-9kg). The fleece has a numeric count of 36's - 46's and ranges from 41.0 to 33.5 microns in fiber diameter. Although coarse and somewhat hair-like, the fleece does have considerable luster.

The Lincoln has a large, lean, well-muscled carcass.  The Lincoln is to be considered only average in prolificacy. Because the mature ewes are easy feeders, they sometimes become over-conditioned and do not breed as readily as breeds that have less aptitude to take on fat. Lincolns are hearty eaters and make excellent use of an abundance of high-quality roughage or pasture. Modern breeders have selected for a more active and stylish kind of Lincoln that does not become over-conditioned so easily. The color markings of the Lincoln should be clear white, and the head is larger and bolder than that of the other long-wooled breeds. The breed has developed a forelock between the ears and when protected for show, this becomes quite pronounced. It is somewhat intermediate in size between the foretop found on the English Leicester and that found on the Cotswold.

Lincoln Sheep GalleryTake a closer look at the Lincoln breed.