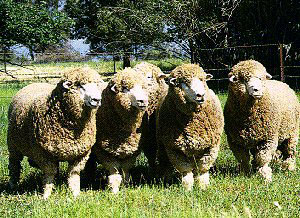 The Corriedale was developed in New Zealand and Australia during the late 1800's from crossing Lincoln or Leicester rams with Merino females. The development of the breed occurred in New Zealand during the time from 1880 to 1910. Similar crosses were also being done in Australia during this time. The breed is now distributed worldwide, making up the greatest population of all sheep in South America and thrives throughout Asia, North America and South Africa. Its popularity now suggests it is the second most significant breed in the world after Merinos.

The Corriedale is a dual-purpose sheep. It is large-framed, polled with good carcass quality. Although its role has traditionally been to produce lambs when mated to sires of meat breeds, the Corriedale is now achieving comparative performance rates with purebred lambs. This bonus together with a high skin value secures its future as a popular breed. 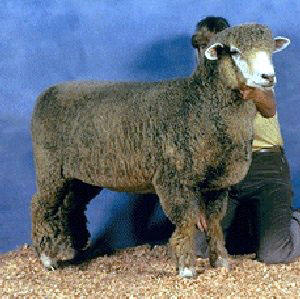 The breed was first imported into the United States in 1914. They are well adapted to farm flock situations where abundant feed is available but may also be used in range situations.

The breed is found in most sheep areas of Australia, but mainly in the temperate, higher rainfall zones supporting improved pastures. Commercial and stud Corriedales represent approximately four percent of the total Australian flock.