The original Suffolks were the 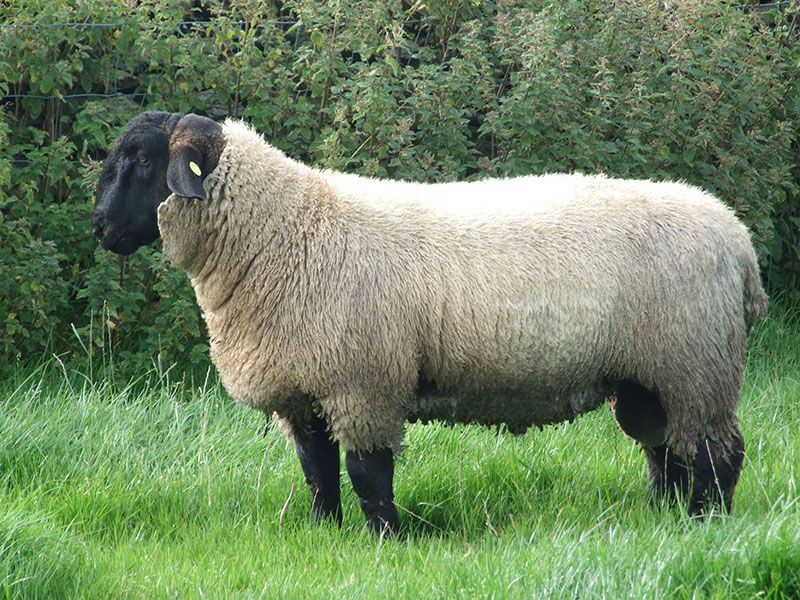 result of crossing Southdown rams on Norfolk Horned ewes. Apparently the product of this cross was a great improvement over either one of the parents. Although the Suffolk was a recognized breed as early as 1810, the flock book was not closed until much later.

In 1930, Southdowns were described as large sheep without horns, dark faces and legs, fine bones and long small necks. They were low set in front with high shoulders and light forequarters; however, their sides were good, rather broad in the loin, and were full in the thigh and twist. Today's Suffolk derives its meatiness and quality of wool from the old original British Southdown.

The Norfolk Horned sheep, now rare, were a wild and hardy breed. They were blackfaced, light, fleeced sheep. Both sexes were horned. The upland regions of Suffolk, Norfolk and Cambridge on the southeastern coast of England are very rugged and forage is sparse. It was this dry, cold and windy area in which the Norfolk breed adapted itself to traveling great distances for food, thereby developing a superbly muscular body. 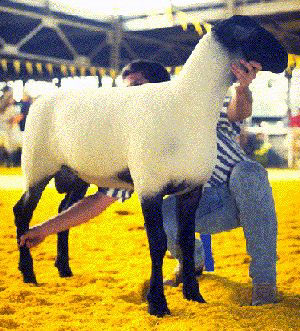 It was said at that time of the Norfolk Horned, "their limbs are long and muscular, their bodies are long and their general form betokens activity and strength." This breed and its crosses were valued highly both by farmers and butchers. However, sheepmen of that day did not like the long legs, flat sides, nor wild nature of the Norfolk Horned. They noted that Southdowns crossed with Norfolk produced a progeny that reduced most of the criticisms of both breeds.

In 1886, the English Suffolk Society was organized to provide registry service and to further develop the use of the breed. Through selection and careful breeding by many great English sheepmen, the Suffolks brought to this country retained the qualities for which they were originally mated.

The first Suffolks were brought into this country in 1888 by Mr. G. B. Streeter of Chazy, New York. During a visit to England the previous year, Mr. Streeter had been greatly impressed by Suffolk sheep. These prize breeding animals had belonged to Joseph Smith of Hasketon, and one 21 month old ewe weighed exactly 200 lbs when she came off the ship. A 9 month old ram weighed 195 lbs and in the spring of 1890, a 7 week old twin weighed 85 lbs. That spring Streeter had a 200% lamb crop. 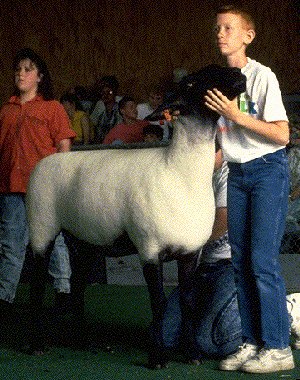 Several leading sheepmen saw these sheep at the sale and they liked what they saw. After several rounds of bidding, the ram was finally sold to Laidlaw and Brockie (developers of the Panama breed) of Muldoon, Idaho, for $500. These men were so impressed with the offspring from their Suffolk ram that they made several importations and were consistent buyers at the National Ram Sales.

Since that time, the University of Idaho has played a great part in developing and advancing the Suffolk in the western states.