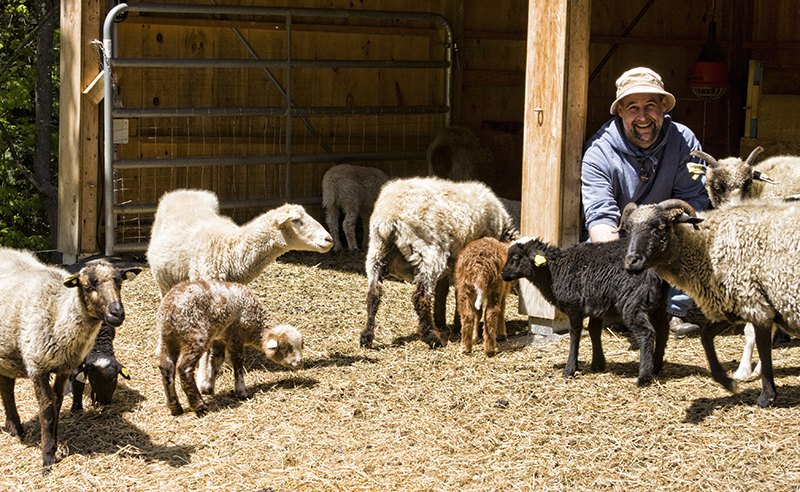 from the Churra, an ancient Iberian breed. Although secondary to the Merino, the Churra (later corrupted to "Churro" by American frontiersmen) was prized by the Spanish for its remarkable hardiness, adaptability and fecundity. The Churra was the very first breed of domesticated sheep in the New World. Its importation to New Spain by the Spanish dates back to the 16th century where it was used to feed and clothe the armies of the conquistadors and Spanish settlers.

By the 17th century the Churro had become the mainstay of Spanish ranches and villages along the upper Rio Grande Valley. Native Indians acquired flocks of Churro for food and fiber through raids and trading. Within a century, herding and weaving had become a major economic asset for the Navajo. It was from Churro wool that the early Rio Grande, Pueblo, and Navajo textiles were woven – a fleece admired by collectors for its luster, silky hand, variety of natural color and durability.

As early as 1789, the Spanish controlled the export of ewes from the provinces of New Mexico to maintain breeding stock. But in the 1850's thousands of Churro were trailed west to supply the California Gold Rush. Most of the remaining Churro of the Hispanic ranches were crossed with fine wool rams to supply the demand of garment wool caused by the increased population and the Civil War. Concurrently, in 1863, the U.S. Army decimated the Navajo flocks in retribution for continued Indian depredations. In the 1900's further "improvements" and stock reductions were imposed by U.S. agencies upon the Navajo flocks. True survivors were to be found only in isolated villages in Northern New Mexico and in remote canyons of the Navajo Indian Reservation.

Restorations of the Breed 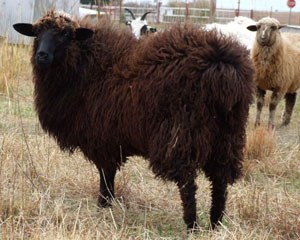 In the 1970's several individuals began acquiring Churro phenotypes with the purpose of preserving the breed and revitalizing Navajo and Hispanic flocks. Criteria for the breed had been established from data collected for three decades (1936-1966) by the Southwestern Range and Sheep Breeding Laboratory at Fort Wingate, New Mexico. Several flocks have developed, and the Navajo Sheep Project has introduced cooperative breeding programs in some Navajo and Hispanic flocks.

These sheep with their long staple of protective top coat and soft undercoat are well suited to extremes of climate. Some rams have four fully developed horns, a trait shared by few other breeds of the world. The Navajo-Churro is highly resistant to disease, and although it responds to individual attention, it needs no pampering to survive and prosper. The ewes lamb easily and are fiercely protective. Twins and triplets are not uncommon. The flavor of the meat is uncomparably superior, with a surprisingly low fat content.