The Romney traces its beginning to the 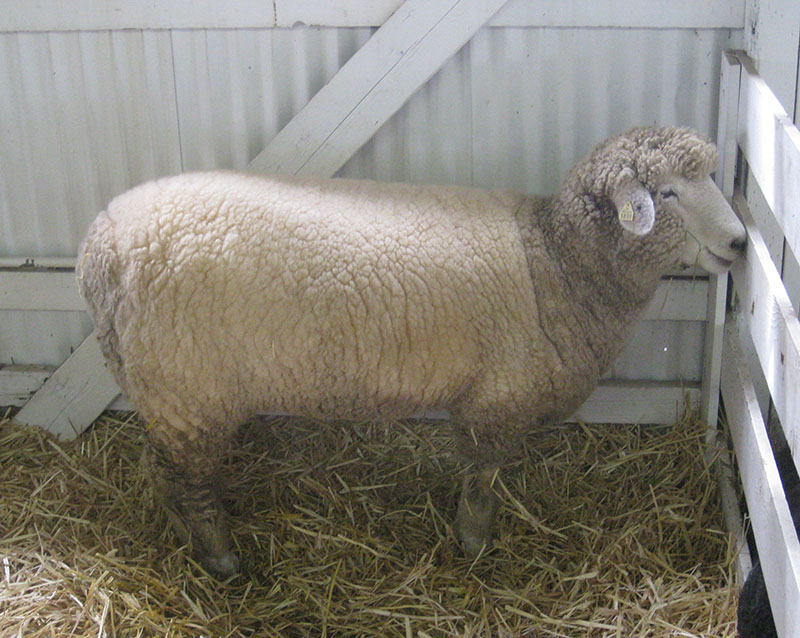 marshy area of Kent in England. Its origin lies with the old, established dual purpose Romney Marsh breed which was improved with Leicester blood in the nineteenth century. Often swept with harsh winds and heavy rainfall, the Kent landscape is abundant with lush forage.

These geographic and climatic conditions have led to the development of some specific characteristics in the Romney breed. These traits include hooves that are resistant to foot rot and fleeces that remain healthy in harsh weather. Due to the similar land topography and weather conditions, the Romney breed made an easy transition to New Zealand and the Falkland Islands, where it became quickly established and still remains the predominant breed.

In 1904, William Riddell and Sons of Monmouth, Oregon, imported the first Romneys to North America, where their popularity increased rapidly. The American Romney Breeders Association was founded in 1912 by Joe Wing, a world traveler and a great judge of sheep. At one time with the University of California, he was an early secretary of the ARBA, and his expertise was instrumental in the development of Romneys in America.

The present-day American Romney is a product of English, and more recently, New Zealand blood lines, which have enhanced the progress of the breed, and helped maintain a diverse gene pool within North America. The first purebred natural colored Romneys were registered by the Association in 1972 by Morris Culver of Curtin, Oregon. In the last three decades, the popularity of Romneys has spread from the West Coast across the nation. With much recent growth coming in the middle and eastern states, the Romney has become a national breed. 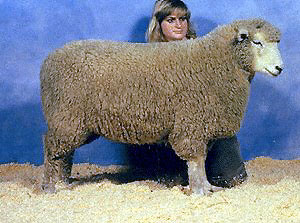 The Romney, historically a dual purpose breed, remains so today, and is found in every type of farming environment. When handled properly, lambs from this versatile sheep can be creep fed until weaning, then turned out on pasture to mature, where they efficiently convert pasture into lean, high quality carcasses of heavy hanging weights that usually grade prime or choice. Romney meat is known for its delicate taste even in older lambs.

Demands by consumers for lean cuts of meat from well-muscled carcasses make it evident that the future of the lamb market rests with breeds having these attributes. The American Romney fulfills these needs, and will continue to be increasingly important in both large and small commercial programs.  At maturity, Romney males weigh from 225-275 lbs (102-124 kg) and ewes weigh 150-200 lbs (68-90 kg).

The Romney fleece is unique among all breeds of sheep in the way it combines several important traits. The fleece is lustrous; it hangs in separate locks, with minimal cross fibers between the locks. It is also high yielding and easily spun. Uniformity of crimp from the butt to the tip of a lock is also typical of the breed. Romney wool has the finest fiber diameter of all the longwool breeds; the spinning count may run from 40-48 which is 38.0-31.0 microns. Ideally, the spinning count of the fleece is consistent over the entire body.

Fleeces from mature ewes will weigh from eight to twelve pounds (3.6-5.4 kg).  It is the low grease content of Romney wool that makes it a very light shrinking fleece upon washing, and consequently high yielding with a range in yield from 65-80%. 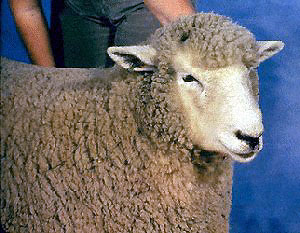 Whether shorn once or twice a year, the wool clip from the purebred Romney flock is sought by commercial wool buyers and craftspeople. Its broad range of acceptable spinning counts enables Romney wool to be used for many products, ranging from sweaters to outer wear to carpets. For the commercial producer, incorporation of the heavy-shearing white Romney can add significantly to overall farm income.

The long, lustrous fleece, hanging in separate locks, also makes a white or natural colored Romney fleece especially attractive to those who practice the ancient art of handspinning. The fleece is easily spun in the grease or after washing and carding, and readily takes dye. The natural black, gray, silver and brown colors of the natural colored Romneys are frequently among the most sought after fleeces at shows and sales. A handspinning-quality fleece may often sell for three to ten times what a commercial buyer would pay for it.