The origin of the hardy and frugal 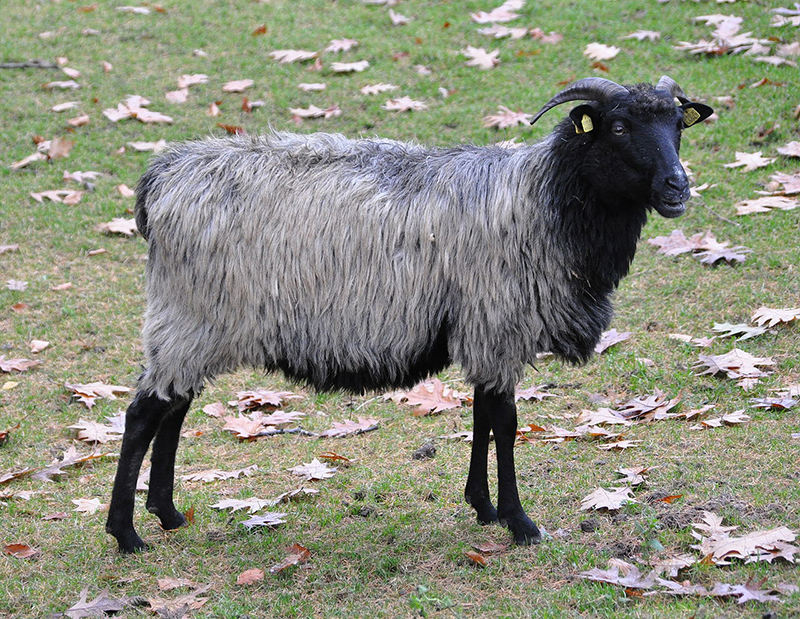 Moorschnucke are the northern German counties of Diepholz, Nienburg, Rotenburg. The Diepholzer Moor has traditionally been preserved and kept alive by flocks of grazing Moorschnucken.

The decline of this heath-sheep breed started when it did not pay anymore to take the flocks grazing on the moors. Also, the high-yielding meat breeds managed to push aside the old landrace nearly completely.

It took the involvement of nature protectors and breeders to save the Moorschnucke from extinction. People realized that only with the help of these sheep the Nature Protected Areas in the moors could be kept from overgrowing. Several flocks of Moorschnucken are at work, eating different types of heather, birch tree shoots, mushrooms, mosses, lichen, blueberries, cranberries, crowberries as well as sedges and pine-needles. They are not afraid of water, which is abundant in moory areas. The wet meadows around the moors are used for additional grazing, and they also supply the winter hay. Today the Moorschnucke has found friends and breeders in other areas of Germany; it thrives along river shores, and lakes but also in heathy and lean grass areas.

The Moorschnucke is a white, dual-coated, graceful landrace with a small frame. The slender head has small ears that stick out to the side. Both sexes are hornless and have light-colored, hard hoofs.

The yearly fleece weight is 2-3 kg and the wool has a fiber diameter of 38-40 microns. The downy undercoat is fine and soft and is protected by a long, rough outer coat. If not shorn, the Moorschnucke sheds its fleece naturally in May.

Autumn is the main time to market the lambs which are tender and taste like venison. Animals that grew up in Nature Protected Areas did so naturally, without exposure to fertilizers and herbicides which make them highly sought after.