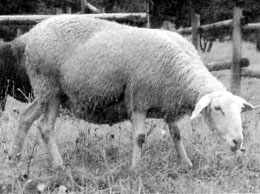 The Luzein Sheep comes from the village Luzein in Prättigau and was widely known and much favored for breeding. During the breed cleansing of 1938 it was crossed with the White Alp Sheep (WAS). Many breeders resisted cross breeding with the Württemberg Merinoland Sheep and the Ile-de-France buck, with the result that it has been able to maintain itself for a long time. The better fattening ability of the imported animals was accompanied by higher susceptibilities (foot rot) and above all reduced fertility, mistakes that are very significant for the breeder. To untrained eyes they look like the WAS-animals, for which reason the maintenance of purity was considered difficult. In addition, the breeders were not organized and received no recognition or support from any source. In various places some relatively pure ewes of good breeding can be found, but pure Luzein rams have practically disappeared. Of significance is a stock in the Bündner district. For a longer period of time its progeny will have to be maintained in the Spiegel sheep relatives. 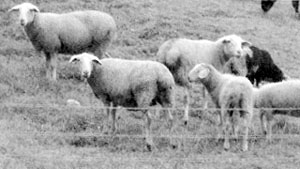 A typical mountain sheep that is very fertile, milk producing, robust and especially mountain-going. They occur in various colors (white, black, checked, slightly red), whereby white dominates. Characteristic are the long, unfleeced heads, fine features and a fleece-free belly. The animals stand high on their legs and are very vivacious. Of importance is their strong mother drive (mothering quality).