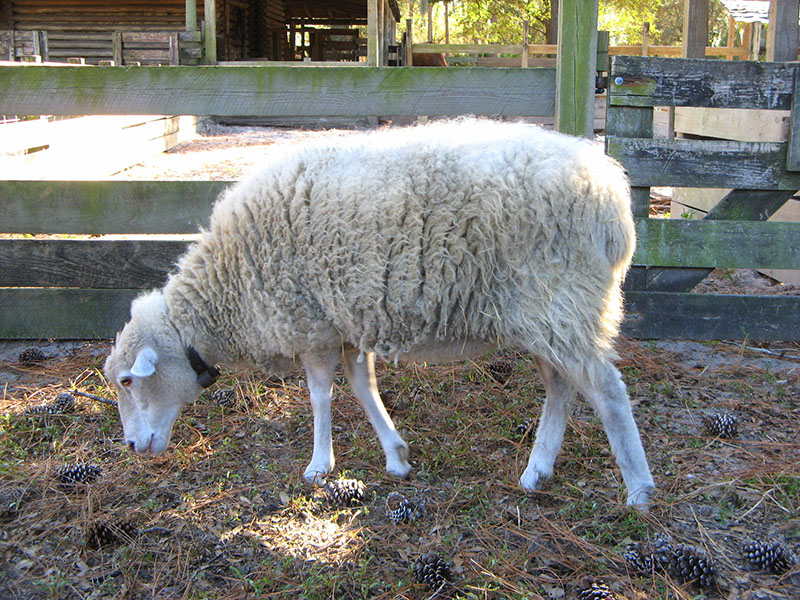 Spanish sheep first arrived in Florida in the 1500's. Later importations of Spanish and other breeds of sheep mixed with the earlier population, all evolving under the strong natural selection of the native range conditions of Florida and the other Gulf Coast states. Today a remnant of this population survives and is known as the Gulf Coast. (Populations in Florida and Louisiana are often called "Florida Native" and "Louisiana Native" respectively.)

Gulf Coasts have a small body size with a refined bone structure. They have open (wool free) faces, clean legs and underlines and are white to dark brown in color. They have also developed a degree of resistance to internal parasites. The Florida Agricultural Experiment Station in Gainesville has a flock which has been maintained without the use of anthelmintics since 1962. Experimentation has shown the presence of a factor or factors which acts against infection by some gut parasites, in particular the stomach worm, Haemonchus contortus, which is very prevalent in the Southeast. Similar results have been obtained using Louisiana Natives at Louisiana State University. Most current breeders of the Gulf Coast have also eliminated, or severely limited, the use of wormers in their management practices in order to maintain the resistance to internal parasites.

Gulf Coasts are adapted to the hot and humid conditions of the Southeast, continuing to produce and raise at least one lamb each per year without intensive management. Studies comparing Florida Native sheep to Hampshires and Rambouillets at the University of Florida have shown that although the Florida Native produces lighter finished lambs in the same period as other breeds, they have a higher live lamb percentage production and a better ratio of lambs finished to ewes mated. This is a measure of the breed's adaptation to the environment and shows how it could contribute to the revival of the sheep industry in the Southeast.

The average wool quality for the breed is as follows: wool diameter 26-32 microns; spinning count 48-58; grease fleece weight 4-6 lbs per ewe; staple length 2.5-4.0 inches. However, the wool quality is variable in this breed. White is the predominate wool color but some do exhibit brown or tan coloration. Both sexes may be horned, scurred or polled (hornless).