The Southdown were developed in 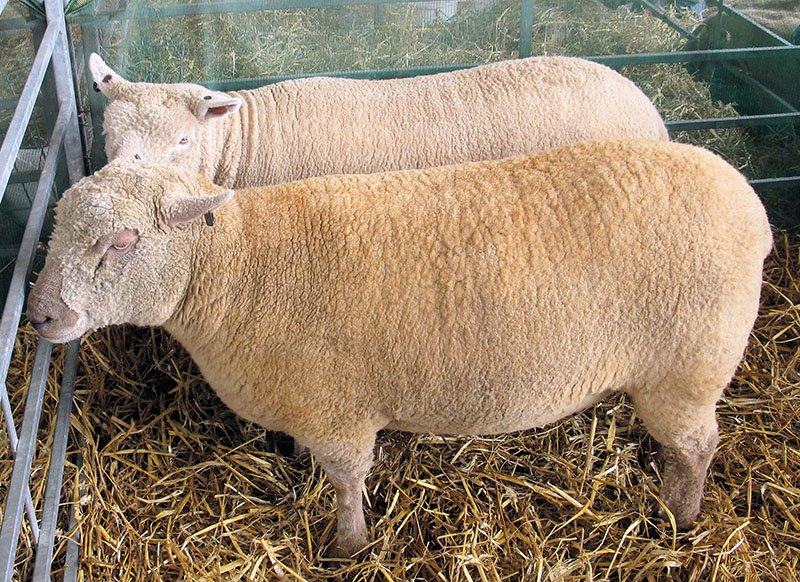 Sussex, England during the late 1700 and early 1800s'. Documented importations were made into Pennsylvania from 1824 to 1829 from the English Flock of John Ellman. Later importations from the Jonas Webb flock were made into Pennsylvania, New York and Illinois. These two men are considered by many to be the standardizer and main improver of the breed. As expected, many of the early registered sheep were imported from England.

The Southdown is best suited for farm flock production. It is a medium to small sized breed with a gray to mouse-brown face and lower legs and is polled (hornless). Southdown are an early maturing breed with good lambing ability and average milk production. They excel in a cross breeding program in their ability to produce meaty lamb carcasses at light weights and hot-house lambs. The Southdown is adaptable to varied and wet climates.

Southdown Sheep GalleryTake a closer look at the Southdown breed.