The Norfolk Horn is found in Norfolk, 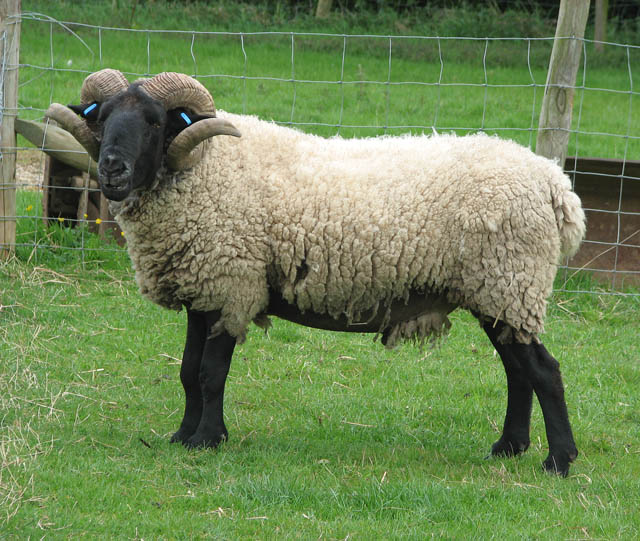 Suffolk and Cambridge, England. It is one of the ancient "Heath" breeds now being revived in small numbers. The Norfolk Horn was used along with Southdown in the development of the Suffolk breed.

It is a medium sized breed with a long body and legs. The face and legs are black or dark brown and free of wool. The fleece is white with new born lambs being mottled. Both sexes are horned and the horn pattern is an open spiral.