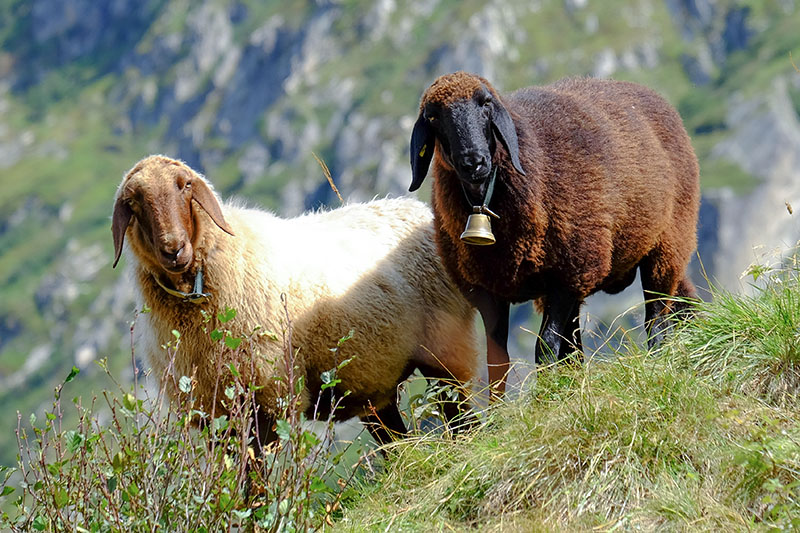 The Engadine Sheep has its original distribution in Lower Engadin and in the bordering Tirolian and Bavarian valleys. It originates from local varieties, from the Stone Sheep and the Bergamask Sheep. These animals are mid to large framed and are distinguished by their ram nose and their long, hanging ears. They have a dark-brown body and a red-brown, medium to coarse wool which with increasing age becomes lighter. Because of its brown cowl the animals are also called Father Sheep (romance: besch da pader).

Characteristics of the Animal

The Red Engadine Sheep is an easily satisfied, robust, land-going, but less fattening animal which for extensive care is especially well suited. They are able to compete with their low fattening ability because of their higher fertility, aseasonality and their very lean meat. Noticeable is also their good resistance to foot rot. 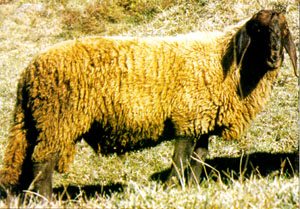 The Red Engadine Sheep was squeezed out more and more from its original region by the White Alp Sheep. In the 1980s it was almost extinct in Switzerland. Also in the neighboring Tirolian valleys, Vintschgau and Oberinntal, there were only a few animals remaining. Thanks to the initiative of the foundation Pro Specie Rara today there are breeding groups distributed throughout all of the German-speaking Switzerland, and the breed is gaining quickly in favor.

In 1992 the Swiss Engadine Sheep Breeders Club was founded which today independently manages the breeding. Its breeding goal is the maintenance and improvement of the good characteristics of the breed like its low care requirements, robustness, sure footedness, high fertility, good upbreeding characteristics, longevity and lean meat. The goal is supposed to be reached through selection from within the breed, without the input of any outside blood. The production goals are supposed to be attainable without the use of concentrated feed.