The Valais Blacknose is a coarse wooled 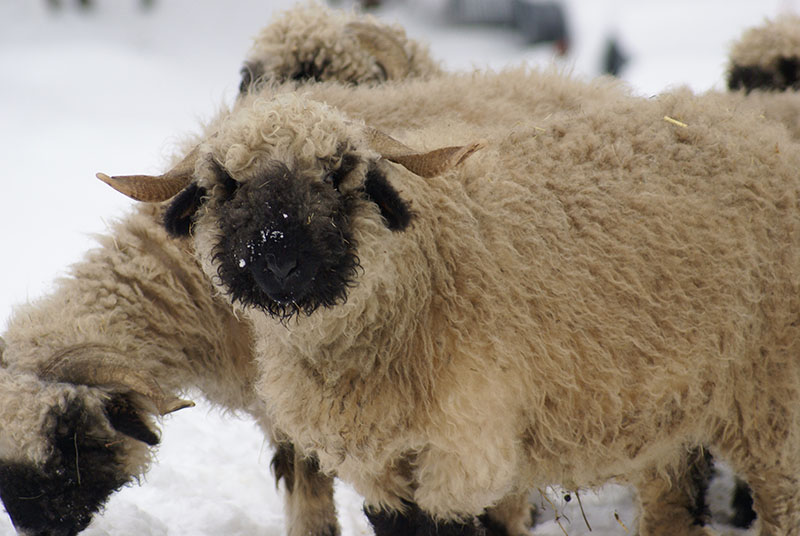 breed of sheep kept for both meat and wool. The breed originates from the Valais region of Switzerland. They were first mentioned around the year 1400, but they were not recognized as a breed until 1962. Valais Blacknose sheep should have black noses, ears, eye rims, knees, and ankles. Both male and female should have spiral horns.

For hundreds of years, the Valais Blacknose was only found in the areas surrounding the Valais region of Switzerland. However, in 2014 the breed was imported to the United Kingdom. Additionally, in 2016 the United States began importing semen as part of an "upgrading program."