The Shetland's roots go back over 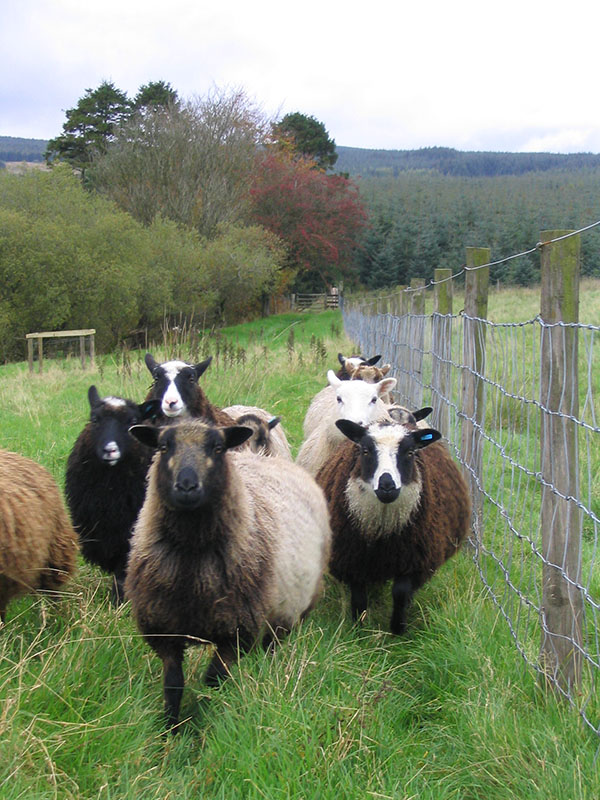 a thousand years, probably to sheep brought to the Shetland Islands by viking settlers. They belong to the Northern European short-tailed group which also contains the Finnsheep, Norwegian Spaelsau, Icelandics, Romanovs and others.

The Shetland is the smallest of the British breeds and it retains many of the characteristics of wild sheep. Today they are considered a primitive or "unimproved" breed. Rams usually weigh 90-125 lbs and ewes about 75-100 lbs. Rams usually have spiral horns, whereas the ewes are typically polled. They are fine-boned and their naturally short, fluke-shaped tails do not require docking. 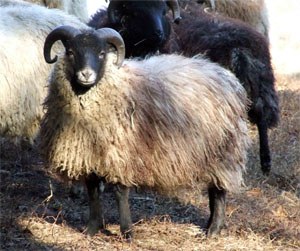 Shetland comes in one of the widest ranges of colors of any breed. Besides the white, the sheep produce several shades of wool including moorit(reddy/brown), shaela (silvery gray), fawn, gray, dark brown and black. They are often patterned such as krunet (white crown), katmoget (dark belly) and gulmoget (light underneath). There are 11 main colors as well as 30 markings, many still bearing their Shetland dialect names. Unfortunately, many of these colors and markings have become quite rare as white wool has historically commanded better prices.

The wool color and high quality is commercially important to the wool industry of the islands where natural wools are often used undyed to make high quality shetland knitwear. Extra fine ring shawls are knitted, so called because the finest can be passed through a wedding ring. In the UK as a whole the wool is prized by handspinners.

Shetland sheep are very hardy, good mothers, easy lambers and produce plenty of milk. When crossed with an early maturing terminal sire (such as a Ryeland) the fat lambs make excellent eating and dress out well. Purebred Shetland meat is highly regarded on taste, but is slow to mature and wethers are often run through to shearlings. 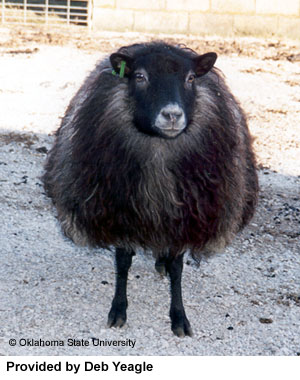 The number of pedigree animals is approximately 2,000 breeding ewes in the UK which is an increase over the last ten years. They are now classed as a minority breed under the Rare Breeds Survival Trust (RBST) having previously been a rare breed.