This breed was developed along the 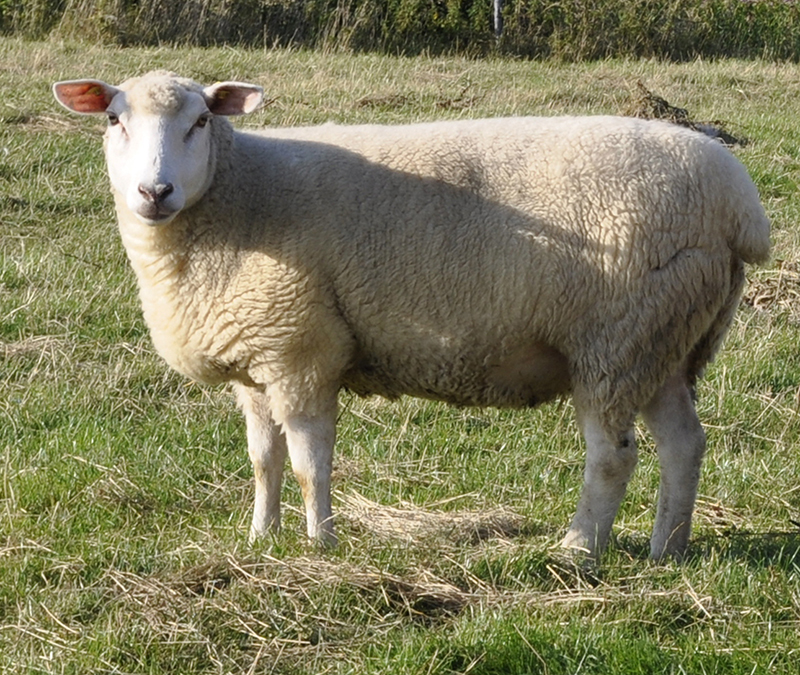 North Sea coast in the middle of the last century. English Leicester, Cotswold, Hampshire and Oxfordshire were imported and cross-bred with the local Wilstermarschschaf, a northern German marsh sheep. Breeders succeeded in retaining the wanted qualities of the marsh sheep, such as high fecundity, fast development and large size.

In the 1930's, a new breed, the Deutsches Weiβköpfiges Fleischschaf started to roam the grassy areas next to the North Sea. It is the perfect breed to withstand the rough, damp sea climate and suited for life on the dikes. The sheep fatten on the lush dike grass, pound down the earth and encourage new grass growth, thus helping to stabilize the North Sea dikes which makes them resistant against storm floods.

To improve the quality of lambs, breeders started to cross-breed the Weisskoepfiges Fleischschaf with Texel rams in 1966, and in 1970 they successfully crossed them with French Berrichone du Cher. Both sexes are polled. The British Oldenburg was developed from this breed.