The Manx Loaghtan is found on 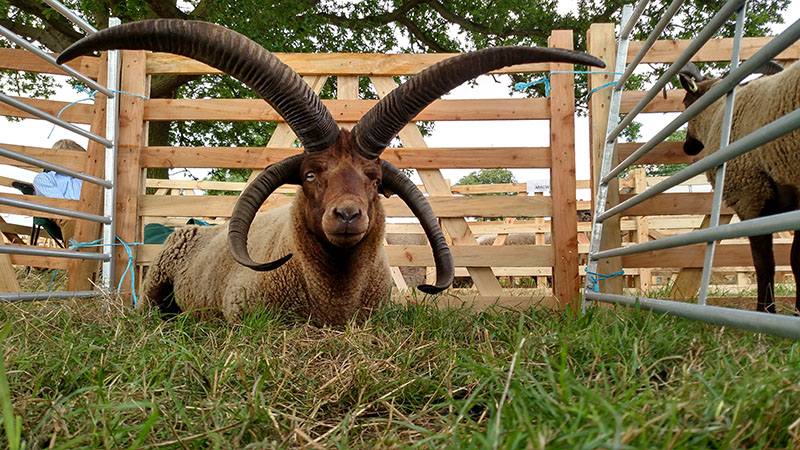 the Isle of Man off the coast of Great Britain. It is of the Northern Short-tailed type, similar to the Hebridean. The Manx Loaghtan is descended from the primitive sheep once found throughout Scotland and the coastal islands of Britain. The word Loaghtan comes from lugh dhoan which means mouse-brown. This has become the established color in the Isle of Man although they were formerly found in white and black also. The breed is rare. It is small, with no wool on the face or legs. The face and the legs are a dark brown color. Manx Loaghtan are horned with four horns being preferred but individuals are also found with two or six horns. The horns are generally small on the ewes but are larger and stronger on the males.